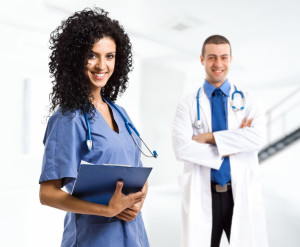 More than 18 million men in the United States over age 20 suffer from erectile dysfunction. There are many varying causes of this along with several erectile dysfunction treatment options available per your specific needs. Here’s what you should know!

These issues are estimated to cause between 10 to 20% of all erectile dysfunction cases.

Physical causes
More often than not, ED is triggered by something physical. Common examples include:

Additionally, the symptoms of ED involve:

Generally, there is a stigma surrounding ED as it is estimated that only one-third of men who have erectile dysfunctions seek help and advice about their problems. Consult your doctor to discuss a regime plan, as there are many erectile dysfunction treatment options to choose from based on your personal preference and needs.

Pelvic Floor Exercises
In a study of 55 impotent men, 40% of those who practiced Kegel exercises every day for six months regained normal sexual function. These are exercises that zero in and strengthen muscles underneath the bladder and throughout the pelvic region.

Acupuncture
This holistic approach has been proven to be successful in 64% of men who underwent six weeks of acupuncture. The areas that are proven to be most effective for treatment are in your arms, legs, abdomen and back. Acupuncture will release endorphins, help raise libido, ease stress, and increase blood flow to the penis.

Penile Implant
There are two types of penile implants. The simplest type of prosthesis consists of a pair of malleable rods surgically implanted within the erection chambers of the penis, making the penis semi-rigid so it merely needs to be lifted or adjusted into the erect position in order to initiate sex.

There is also an inflatable prosthesis, which allows a man to have an erection whenever he chooses, being much more natural and easier to conceal. A pump will be inserted under the scrotal sac between the testicles. The satisfaction related to penile implant surgeries have been reported to over 90%.

Take an Oral Medication
There have been four drugs approved by the FDA as erectile dysfunction treatment options. The most popular, Viagara, has been routinely prescribed by many doctors, while currently being used by over 20 million men all over the world in order to treat erectile dysfunction.

Don’t keep yourself in the dark when it comes to being educated on erectile dysfunction. If you have any questions, make sure to contact your doctor to come up with a specialized treatment plan just for you.